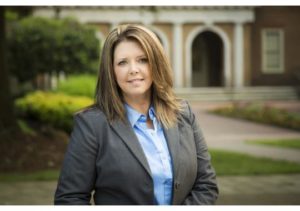 Davia Ward is a problem-solver at heart. She is acutely able to identify a prevailing issue and present a sustainable solution. This passion is what inspired Davia to found Healthcare Partners Consulting & Billing. During her time as a nurse, she saw firsthand how medical billing issues took away from a doctor’s ability to care for their patients and the levels of stress and anxiety that the medical billing process caused patients and doctors.

Davia first began her career in the medical industry when she became a file clerk for a local hospital. After several years of dedicated work and hard-earned promotions, she decided to become a nurse and work in the same hospital. She saw how worried her patients were about medical bills, and how it sometimes held them back from truly healing.

Davia Ward found that hospitals were also struggling with medical billing. The medical billing system was constantly changing and evolving and a small town’s doctor simply couldn’t keep up while still providing their patients with the best possible care. Both doctors and patients were drowning in medical billing difficulties.

This concept became especially clear to Davia when her mother’s health began to fail. Davia remembers that she was rarely worried about getting better, but instead, she was stressed about bills and what insurance would or would not cover. When her mother passed away at age 55, Davia viewed it as a wakeup call. She felt that she had to do something about the terrible struggles she had witnessed both in her place of work and at home.

Davia Ward realized that, as a nurse, she could take the best possible care of her patients but they would still be too worried about medical bills to focus wholly on the healing process. The confusing medical billing process would be stressful, and some patients might not even be able to afford to get the treatment they needed. She wanted to be the person to simplify the process and get patients the reimbursement they needed from their providers. This inspired her to create HPC Billing in 2007.

Today, Davia Ward is based in Camden, NC and she holds more than thirty years of experience in the industry. Her company has become a leader in its field when it comes to using top reimbursement strategies to get their clients the reimbursements they deserve. Her group is now well-known for both their dedication and knowledge.

When Davia isn’t working hard to alleviate the stress of medical billing for her clients, she enjoys spending time with her family. She and her husband, a retired Navy Warrant Officer, have six children. Davia Ward not only loves to help people with her work; she also spends her free time volunteering. She currently serves as the Secretary of the Board of Directors for A Time to Dance USA, a group that gives military families a way to demonstrate their talents onstage.

To learn more about Davia Ward and her thoughts on the industry, visit her website at DaviaWard.com.